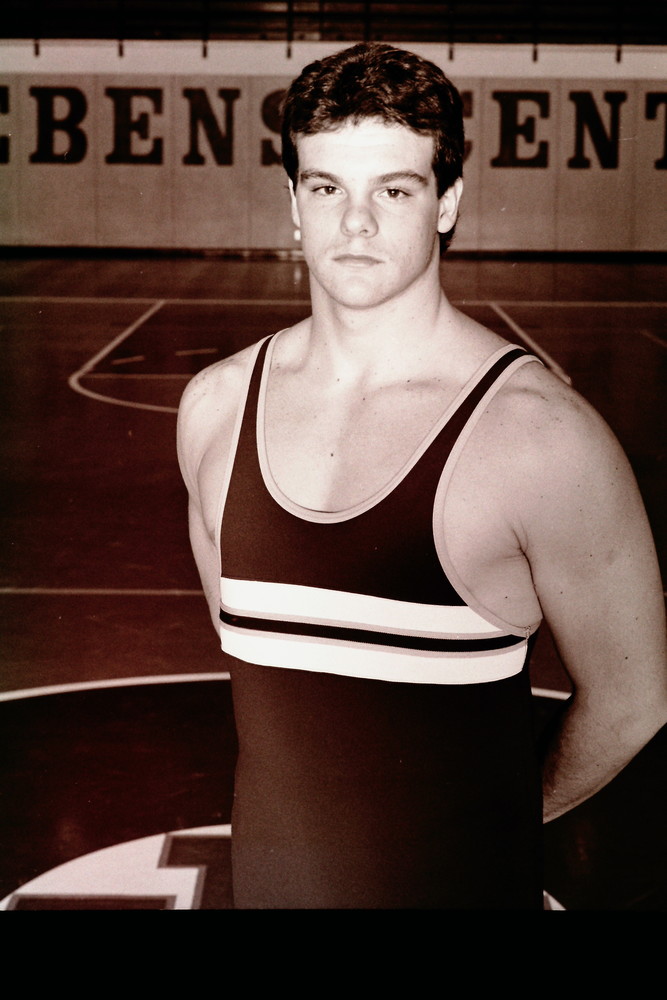 Knoxville native Rick Caldwell was recently inducted into the Buena Vista University (BVU) Athletics Hall of Fame for both his coaching accomplishments and his career as a student-athlete.

During Caldwell’s time as a varsity competitor, he earned an Iowa Intercollegiate Athletic Conference championship in 1990, received All-American honors in 1989 and 1990, and was a valuable member of the conference championship teams of 1987, 1988, and 1990. Every year that Caldwell was on campus, the teams he was on finished in the top 10 nationally.

“We are incredibly proud of Rick and what he has accomplished during his wrestling career,” said Knoxville Activities Director Ryan Paulsen. “Our district loves to celebrate the accomplishments of former Panthers as we observe the amazing things they go on to do. Rick has made immense contributions to the wrestling community as a wrestler and as a coach and we would like to take this opportunity to congratulate him on his induction into the BVU Athletics Hall of Fame.”

Coach Caldwell holds Hall of Fame accolades in four other wrestling organizations. The BVU induction is his fifth.

“Even though I am included in four other halls, this one is truly near and dear to me,” says Caldwell. “I could not picture a better place to spend my five years. I had all the support I ever wanted at BVU.”

This induction is an outstanding honor as BVU has a tradition-rich and storied past of athletic excellence. We are thrilled for Rick and his family in terms of this induction as well as all of his additional accomplishments here at Knoxville and at BVU. Rick has inspired so many students during his time in education-based activities and this induction is representative of the impact he has on the lives he touches.