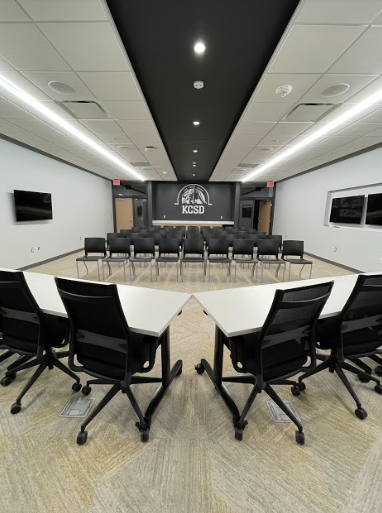 The administrative offices of the Knoxville Community School District have moved to 418 South Park Lane Drive.

The move is a part of KCSD’s larger middle school construction project, which is progressing ahead of schedule. Originally, the plan was to open the new school to students in December. However, the timeline has been pushed up, with students now set to begin using the building on Wednesday, October 12.

“As we have said so many times before, we would like to thank our community for their support and patience as we have moved ahead with our middle school project,” said Cassi Pearson, KCSD Superintendent. “We are also grateful for the continued work of the crews onsite. We cannot wait for you to see the new Knoxville Middle School once it’s completed in just a few months.”

The project was made possible after voters approved a bond issue in March 2020. The new school is being built just to the north of Knoxville High School. The two buildings will be connected.

The Home School Assistance Program will remain at 309 W. Main before relocating to the bus barn in the near future.